Otahuhu senior boys soccer played Wesley College on Thursday. They started off very well with a great ball in from Muzzimal and a first time goalie from Zulfikar securing the first goal. Wesley then fought back and had a couple attempts at goal. After a half time talk the boys went out to secure the win with a goal from Muzzimal and Mohammed Gani.  Gulsher Ali (Y11) and Rehan (Y9) battled hard the whole game and played some fantastic football but man of the match went to Zulfikar for his massive effort throughout the whole game. Next week we have a home game against Aorere College on Tuesday 4pm kick off. 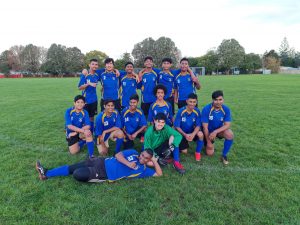