On Thursday 18th March and Friday 19th March, our Senior Boys and Girls Volleyball teams competed at the Auckland Championship held at Bruce Pulman Arena. Both teams played 3 games on the first day with Girls winning all three 3 games setting themselves up to play the quarter finals on Friday. Unfortunately, our boys did not fear so well on the first day winning one game and narrowly losing two games and losing out on a count back to play in the quarter finals.

On Friday the roles were reversed with the girls losing three games and the boys winning all games. The boys finished 9th in Division 2 with Girls finishing 8th in Division 2. The season now ends for our Senior Volleyball teams.

Thank you to all our players, managers and especially our parents for allowing students to play and having to put up with some very late nights during the season and through the Auckland Championship. 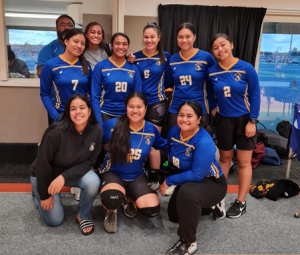